For the fiscal year ending June 30, 2020, the University of Utah received over $602 million in new awards for sponsored activities and shatters last year's previous record for sponsored projects. 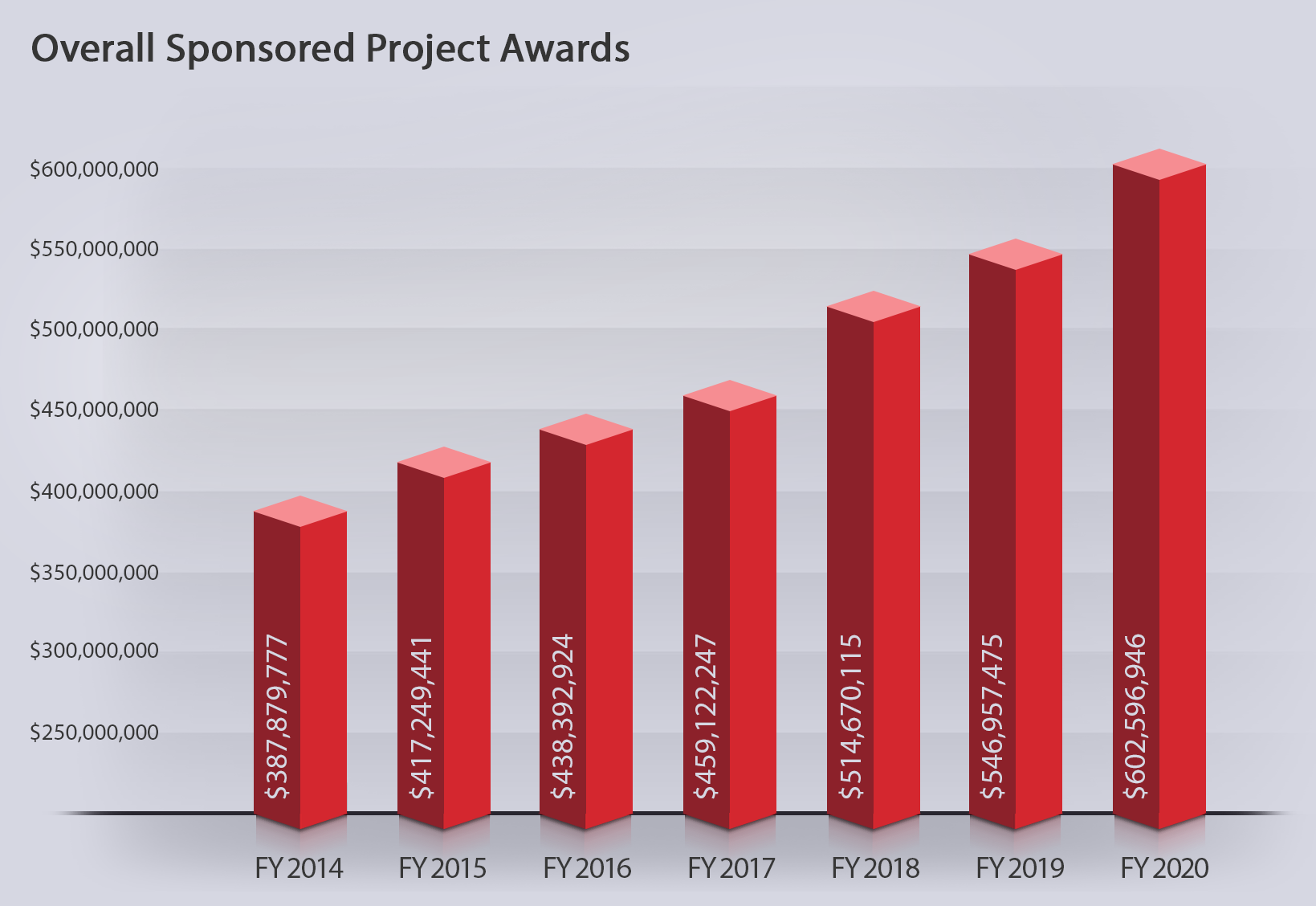 This years total of $602,596,946 represents an increase in total award funding of approximately $54.4 million over last year.

Overall growth since 2014 reflects the continued efforts of a growing body of investigators and the support of numerous faculty and staff. 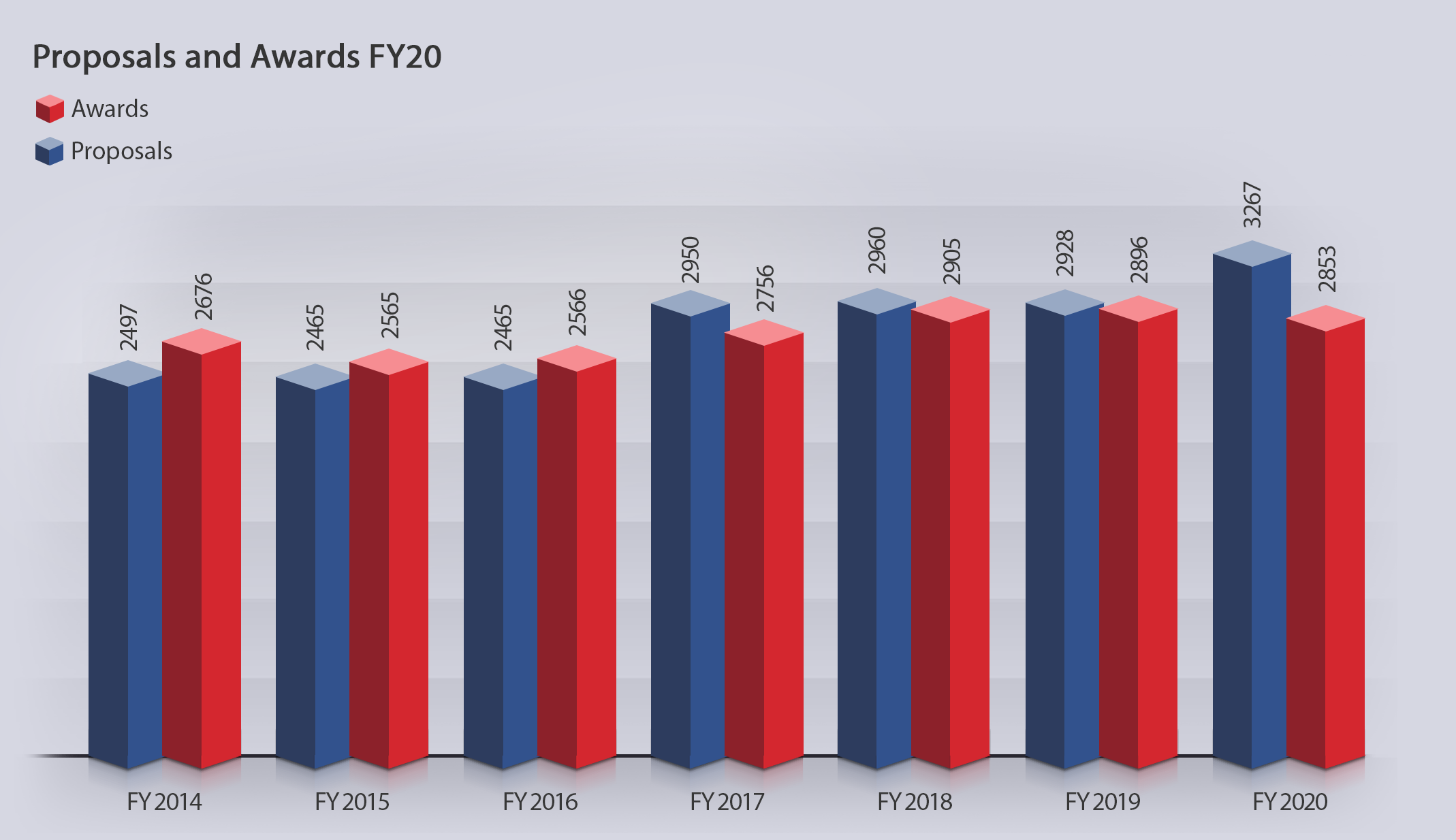 In 2020, as in most years, each Sponsored Project Officer reviewed approximately 225 applications and negotiated 220 new awards in addition to administering an existing workload, on average, of more than 200 projects. 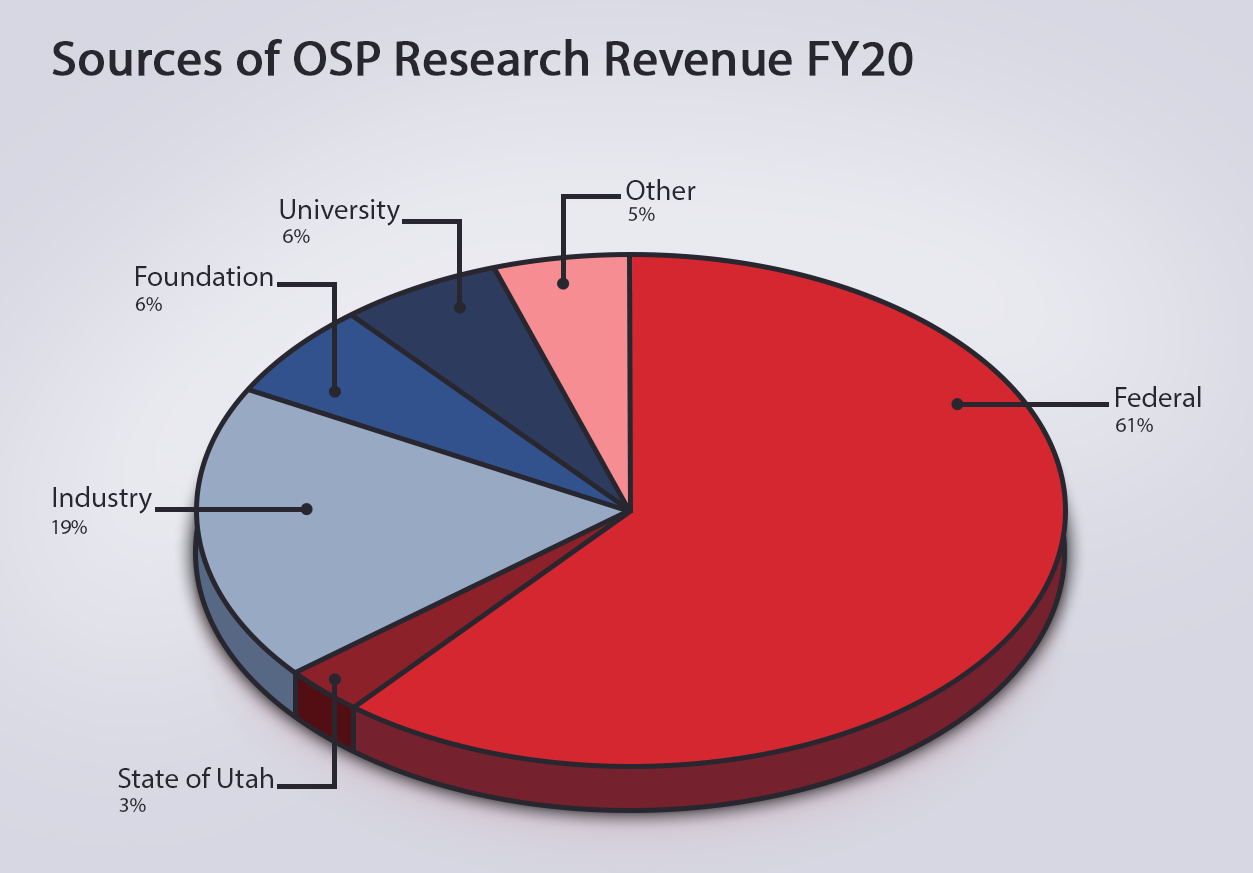 The largest sponsor of research at the University is the federal government, which accounted for just over $400.6 million of awards received in the last fiscal year. This represents an increase of over $40 million from FY2019.

The second largest sponsor was private industry, which accounted for $74.1 million. This represents a decrease of approximately $5 million over last year, and 19% of the total research funding.